Successful landscapers display characteristics that enable them to rise to the top of their industry – drive, determination, devotion, passion – but the right combination of those traits allow some landscapers to truly separate themselves from others. It’s that elusive mix of business know-how and love for the field that has boosted 2015 Landscaper of the Year winner Rudy Larsen to the pinnacle of the landscaping industry.

Larsen, who formed his company straight out of high school, knew from an early age he wanted to own his own business. He also knew that he did not want to attend college. After working some landscaping jobs while still in school, he realized he’d fallen in love with the industry, and found the path he wanted to follow. “I saw a need, and the field really suited me,” he says. “I loved the immediate gratification you achieve.”

So, in 2006, Larsen formed Lawn Butler. It wasn’t easy. After all, securing an equipment loan as a kid right out of school was daunting. But after convincing a banker to loan him $200,000, Larsen was off and running, working hard to establish a client base.

Less than a decade later, Larsen’s company –  is growing at a rate of 80 percent each year. The landscaping side of the business has more than 200 maintenance clients, and the water conservation business has saved more than 130 million gallons of fresh water for its clients in just a couple of years.

Like most new business owners, Larsen had his share of pitfalls along the way. A self-admitted “big picture” person, he was second-to-none at coming up with big ideas and large scale plans, but knew from the start dealing with the details was not going to be his strong suit.

Larsen also discovered focusing heavily on one area of your business will leave you little time to pay attention to other areas. His focus was, and still is, customer service. “I believe in the value of customer service,” he says. “I put it above everything else, including profit. Our company motto is ‘At your service’ – that’s why I named the company Lawn Butler.” Unfortunately, concentrating on the customer so completely left other areas of the business needing attention, and Larsen soon realized he did not know how much money he was making – or even if he was making money.

This was a turning point for Larsen, and for Lawn Butler. Understanding that part of the challenge of starting a business was not even knowing how much you didn’t know, he set to work finding mentors in the Salt Lake City area who could help him. He sat down with a fellow contractor he felt ran his business well, and asked him for advice. The contractor told him to nail down his finances immediately.

Realizing the company would go broke if he didn’t take the contractor’s advice, Larsen turned to his wife Jena for help. Although she was concerned, Jena quit her job at a dental office and assumed the monumental task of getting Lawn Butler’s books in order. “I remember saying, ‘I’ve got the only steady income between us, and you want me to quit?’” Jena says, laughing. However, the strategy worked. She was able to get the issues resolved and the back office running smoothly, allowing Larsen to continue focusing on his clients, which has paid off in a 96-percent customer retention rate.

Matt Coulan, a property manager who oversees a million square feet of commercial retail space, has given all of his landscaping work to Lawn Butler. “I like their accountability,” he says. “They have a standard they like to follow, and I’ve gotten to the point where I never have to worry about landscaping.”

Lawn Butler’s landscaping is also recognizable; his staff comes up with a color palette for each season. Even though all of the designs are different, the professionally designed color scheme is identifiable throughout the Salt Lake area.

Although everyone points to Larsen’s “customer is king” attitude regarding clients, it wouldn’t be hard to draw a parallel between the way Lawn Butler treats their customers and the way they treat their employees. The firm’s culture could be a lesson to almost any company across industries. A high value is placed on their human talent, and Larsen puts his money where his mouth is. “It always bugged me that employees would make equal money for unequal work,” he says. “I wanted to come up with a way to reward high achievers.” With that in mind, Larsen and his top-level staff came up with a program that enables those who work harder to make more money than those who simply put in their time. “We have four different incentive programs in addition to their pay,” Larsen says. “We track everything, and our guys love it. They want to be the ‘best guy.’ As a result, some of our crew leaders will make $4,000 a month.”

One of the programs the crews really like is one Larsen came up with via a brainstorming session with his operations manager, Clayton Phillipps. When a job is assigned, an estimate of how many hours the job is set to take is given to the crew. If the crew completes the job in less time, they keep the difference. “We’ve had jobs we’ve said we were going to pay 55 hours for that the crews have completed in 40 hours,” Larsen says. “The guys are really happy with the ownership it gives them over their salaries. I recently saw one of my crew leaders pull up in a Mercedes C Class.”

Larsen also is committed to promoting from within, pointing to longtime employee Dario Benitez as an example. “Dario started as my fertilizer guy, making $12 an hour,” he says. “Today, he’s my vice president of sales, supervising four account managers and three estimators.”

The company has grown so fast and so much that Jena has handed over much of her control of the company’s books to Kyle Gold, the company’s chief financial officer. In addition to relieving some of Jena’s burden, he has saved the employees money on their health care costs. Gold and his team extensively researched Lawn Butler’s insurance options and chose a plan that reduced their employee’s co-pays to just $10.

Larsen not only gives back to the community, he convinces others to do so, as well. When he wanted to help a local school, Layton Elementary, with their Battle of the Books program, he went to suppliers and vendors who were happy to step up and donate.

“Very little of the state budget in Utah goes to education,” he says. “Even though the schools do an amazing job with the funds, they need our help.” They were able to provide all the books and cabinets needed for the program, and Larsen had an interior designer create colorful dragons for the program’s theme. Larsen’s team also remodeled and landscaped a green space area for the school, including a waterfall fountain.

Previous projects include a gazebo and landscaping for a local veterans’ hospital, and remodeling and providing new landscaping for a veteran’s home. His employees, who approach him with charity project suggestions when they see someone in need, choose the projects.

Larsen credits a number of factors for the company’s explosive success, but he puts his finger on the decision to ask Jena to help as a turning point for the company. “We’re like day and night,” he says. “Nothing can exist without both.”

Larsen has been careful to build a customer-centric business, and his employees know that from the first day on the job. If a customer is unhappy, Lawn Butler will do whatever necessary to make the situation right, even at the company’s cost. The philosophy has led to a drive for perfection, as the employees want to be viewed as the top guy in the company, and as a result carry home the recognition and bonuses that come along with that.

One area strongly embedded into the company’s culture is the safety program. Safety is built into the company’s incentive program, making it impossible to achieve bonuses and employee of the month rewards without paying careful attention to working safely. “We’re in one of the lowest workman’s comp tiers,” Larsen says. “While that’s important, what’s more important is that these guys are like family. We completely deck them out with all the safety equipment – eye protection, hearing protection, steel toes, vests, uniforms – everything. We just couldn’t live with ourselves if something happened.”

As an additional thank-you, the company holds employee events throughout the year – swim parties, company barbecues, Christmas parties where Santa brings toys for all the children.

Larsen has done everything possible to secure the future for his employees, as well. Even though their sons are both under the age of four, he’s put a succession plan in place, including an appointed board and temporary CEO in the event something happens to both he and Jena. “This will prevent the children from just liquidating the company and displacing all our people,” he says. “It’s our way of protecting our employees.” 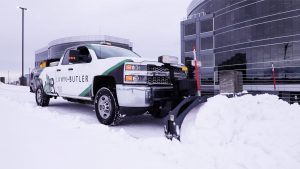 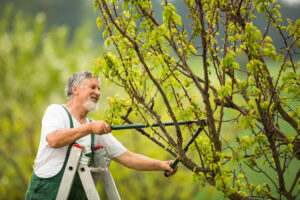 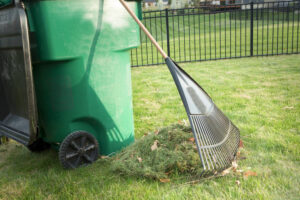 Why you shouldn’t throw out your grass clippings 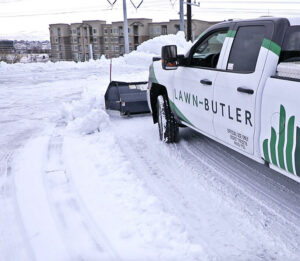 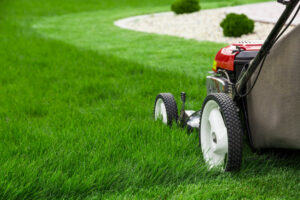 4 maintenance tips for keeping your lawnmower in great shape 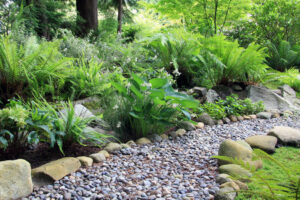 Going beyond hostas — what to plant in the shade 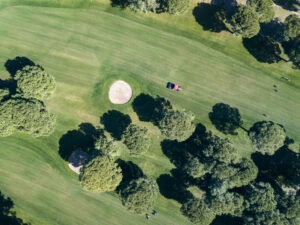 Safety is our top priority 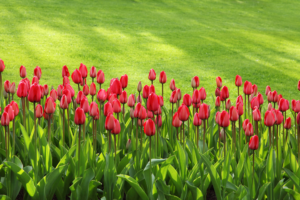 Fighting a battle against weeds? Here’s how to win

OUR FAMILY OF COMPANIES

TALK WITH A LANDSCAPING SPECIALIST

GET A FREE QUOTE!